For the third time in less than a year, 3rd Ward Alderman Pat Dowell is on the wrong side of a transportation issue.

Last spring, Dowell blocked the point-to-point car-share service Car2go, which would have provided a new mobility option for residents who don’t own cars, from operating in her ward due to concerns about causing a parking crunch for private car owners. That was despite the fact that the service has been shown to reduce car ownership and parking demand.

Last summer the alderman tried to get the 31st Street bus service pilot cancelled by writing a letter to the CTA board arguing that the small number of #31 buses, rather than the many single-occupant vehicles on 31st, “cause major congestion.” 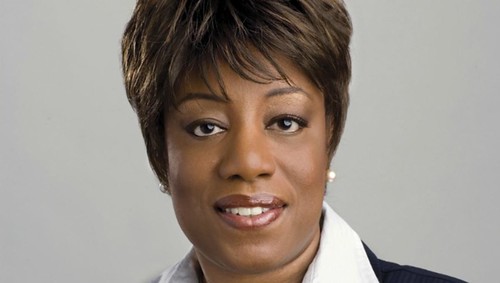 And now, at a time when Chicago has the opportunity to mitigate the amount of traffic congestion and pollution that will be caused by a massive South Loop development by opening a new Red Line station, Dowell has come out again the ‘L’ stop. She even made the absurd the argument that the station would be “out of character” with a dense urban development a stone’s throw from downtown.

As reported by Crain’s Chicago’s Danny Ecker, Related Midwest, the developer of the 62-acre parcel on the east bank of the Chicago River south of Roosevelt Road, called The 78 by the city and also known as Rezkoville, had proposed adding a Red Line stop at the southeast corner of 15th and Clark streets. The $300 million facility, would fill the one-mile-plus gap between the Roosevelt and Cermak-Chinatown stops. 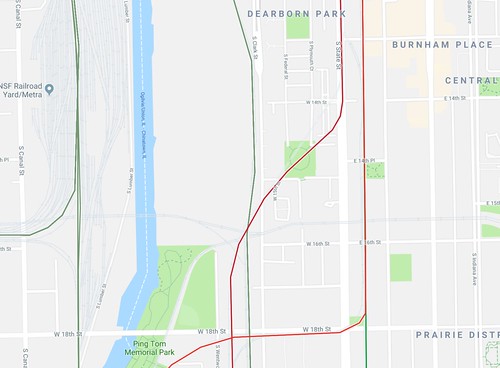 The new stop would be located at 15th and Clark. Image: Google Maps

“While I fully support ‘The 78’ development as unique and necessary opportunity for growth in the City of Chicago, I can not support Related Midwest’s proposal to add a new CTA Red Line Station on 15th St. and Clark St., right in the middle of an established, entirely residential area,” Dowell said in a statement. “This location would be too disruptive for my residents and completely out of character with the area.”

Related presented its plan for the development to local residents at mid-December community meeting, unveiling renderings of an airy glass-box stationhouse above the proposed subway stop. The structure would have stood on what is currently a green space with trees by condos and townhouses, kitty-corner from Cotton Tail Park. 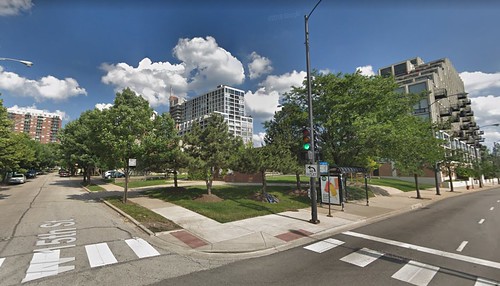 What the southeast corner of 15th/Clark looks like now. Image: Google Maps

Dowell claimed in her statement that most 3rd Ward residents are against the new facility because it would be located within the existing Dearborn Park II development of condos and townhomes and because the staging and construction for the project “would eliminate already limited community green space for years.”

Crain’s reported that, in light of Dowell’s opposition, yesterday Related announced that it will instead locate the Red Line stop on land the developer owns the southwest corner of 15th and Clark. The north-south street is the boundary of the 3rd and 25th wards. Danny Solis, alderman of the 25th, who’s not running for reelection, has apparently given the project his blessing.

“We’re pleased to announce that the new station will be moved to The 78, on the west side of Clark Street,” Related president Curt Bailey said in a statement. “We are grateful for every opportunity to work with Alderman Dowell and the community as part of our process to build and improve The 78 and surrounding communities.” 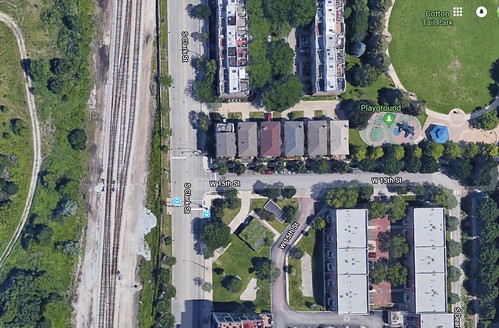 Related is currently proposing placing the station at the southwest corner of 15th and Clark. Image: Google Maps

But that still wasn’t enough to satisfy Dowell. She told Crain’s she’d still be dead-set against the project because “the impact is going be faced by the residents who have invested east of Clark who have made that land valuable, so to speak.” She said she might be willing to approve the facility at a different location than 15th/Clark.

All 50 City Council members would vote on whether to approve the station, and typically aldermen don’t vote against a project if the local alderman supports it. On the other hand, Crain’s noted, the issue is further complicated because city officials hope to create a new tax-increment financing district to use gains in property tax revenue within the zone repay the developer for building the ‘L’ stop.

It’s understandable that Dowell was opposed to giving up green space in her ward to make way for the station. But there’s no excuse for her to oppose the new proposal for the stop, which would be outside of her district, when the facility would be key for reducing the number of car trips associated with hundreds of new upscale housing units at The 78.

Given that the new Red Line stop would provide excellent transit access for people who currently live near 15th and Clark, it raises the question of whether there might be another unspoken motive for opposing the station than just concerns about construction headaches. One possibility that springs to mind is Not In My Backyard-style fears that a new station for the Red Line, which stretches almost the entire length of the city, would make it easier for so-called “negative elements” to access the neighborhood.

When it comes to preserving the car-centric status quo, the alderman is "crushing it."
There are a multitude of reasons why Brown's proposal is a really bad idea.
Alderman Joe Moreno has proposed a test of the technology starting this spring.
Reps from the Bridgeport Alliance, the Coalition for a Better Chinese American Community, and Active Trans say that, due to an anemic schedule, the route never really had a chance.
The ambitious project, centered around a new transit hub, would transform 34 acres of what is currently open-air rail lines
Third Ward Alderman Pat Dowell has done some good things for cycling, including negotiating a compromise on upgrading the King Drive bicycle lanes, and sponsoring a youth bike camp. But her ill-conceived, unworkable proposal to require a $25 licensing fee for bicyclists instead of raising the tax on cable TV service has resulted in plenty […]