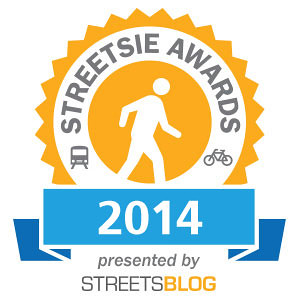 [Most of these entries also appeared in Newcity magazine’s Best of Chicago issue.]

Best local universities to visit for that pedestrian-friendly, old-world feel

Nearly all Medieval-era cities in Europe, and countless other old cities around the world, are known for their pedestrian streets – markets and residential areas where driving is banned or limited. Two Chicago universities have recently turned streets into car-free spaces, and third has proposed a Dutch-style “woonerf” — a pedestrian-priority street. Loyola University transformed the 6300 block of North Kenmore  from a typical road into a sustainably-landscaped pedestrian and bike-only street, complete with permeable pavers that allow stormwater to drain into the ground. The University of Chicago similarly converted a block of 58th Street in front of the Oriental Institute, as well as a stretch of 58th west of Ellis. This extended the tranquil walkways of the main quadrangle into the greater Hyde Park neighborhood. Meanwhile, DePaul University has proposed building the woonerf on the block of Kenmore south of Fullerton in Lincoln Park.

The less-than-incendiary Great Chicago Fire Festival made riverfront headlines, but if you wanted to check out a spectacle of different kind this summer, you could join the crowds oohing and aahing this as workers build the $100 million Chicago Riverwalk extension, slated for 2016 completion. This new segment will extend from State to Lake, incorporating six themed sections delineated by the bridges, ranging from “The Jetty” fishing area to “The Cove” kayak dock to “The Swimming Hole” water play zone. It was mesmerizing to watch towering cranes on barges driving long pilings and dropping huge loads of gravel to widen the shoreline. Sure, a barge sunk now and then, but that was part of the excitement.

Best places to use protection

It’s awesome that Mayor Emanuel is trying to build 100 miles of buffered and protected bike lanes within his first term, but a few of the locations are questionable. How many people really want to pedal on Lake Street, in the gloomy, cacophonous space below the ‘L’? However, new bikeways on Harrison in the South Loop, and Broadway in Uptown, are truly useful. The PBLs on Harrison, between Desplaines and Wabash, feature S-curves of green paint that help cyclists navigate the skewed Harrison/State intersection. PBLs and BBLs on Broadway, from Montrose to Foster, involved a “road diet,” which transformed this former four-lane speedway into a safer, more civilized place for pedestrians and drivers as well.

Last July, City Hall broke the news that the construction of the $32.5 million downtown BRT corridor, featuring bus-only lanes, pre-paid, level boarding, traffic signal prioritization, and other timesaving goodies, was being delayed. That spurred concerns that the project might not happen at all. Fortunately, in September, CDOT announced that it was bidding out the BRT construction contract, as well as the contract for the $43 million Union Station Transit Center, and the $75 million Washington/Wabash ‘L’ station. Work on all three will start by March 31. The speedy bus route should shave 7.5 minutes off the trip across the Loop. One kvetch: the 90-foot long BRT stations will feature 14-foot-tall canopies with a glass rear wall that stops several feet before the roof. That will be highly annoying on windy, rainy days.

Best way to spend $75 and get unlimited rides

A membership to the soon-to-be-expanded Divvy system

Since Chicago’s bike-share system launched in June 2013, it’s proven super-useful for folks who are new to urban cycling, as well as seasoned commuters who only want to use a bike for part of their ride. The main drawback has been that the 300 current Divvy stations only cover a subset of the city from Lincoln Square to Hyde Park. That will change next spring, when the system is slated to expand to 475 stations, spread over an area roughly bounded by Touhy, Pulaski, and 79th. As a bonus, Governor Quinn – perhaps seeking to win the velo vote in his unsuccessful reelection bid — granted $3 million for an additional 75 stations. That will allow the system to expand west to Oak Park and north to Evanston.

It’s always gratifying when a street that formerly sucked to walk and bike on on suddenly becomes people-friendly with the addition of thoughtful infrastructure. Such is the case with Lawrence, between Ashland and Western in Ravenswood and Lincoln Square, where a long-awaited streetscape and road diet project is wrapping up. The street remix coincides with the construction of the massive new Ravenswood Metra station, plus the arrival of a Mariano’s and an apartment complex across the street. This stretch was formerly a dragstrip, the only section of Lawrence in the city with four travel lanes, and one of the few without bike lanes. Now this stretch street has two travel lanes, a turn lane, bike lanes, wider sidewalks and pedestrian islands. As a result, car speeds have mellowed, walking is safer, and pedaling has become a pleasure instead of a chore.

If you’ve ever visited London, Tokyo, or even Washington D.C., you know that rapid transit can be a dignified, democratic experience, rather than a degrading one. However, it sure doesn’t seem that way in when you’re waiting in a CTA tunnel with filthy walls and a dripping ceiling. Thankfully, the Emanuel administration has made upgrading the system a priority, and two of the gnarliest Red stations are now undergoing massive rehabs. The Wilson stop, a three-time winner of RedEye’s “Crust Station” contest, is getting a $203 million makeover that will turn it into a Purple Line transfer – expect an influx of Northwestern folks moving to Uptown. Meanwhile, the hulking, rust-stained 95th Street station is getting a $240 million overhaul that will transform it into an airy, light-filled transit temple. When you factor in the $492 million “Your New Blue” overhaul of 13 O’Hare branch stations, Chicago straphanging is bound to become a lot more pleasant.

Streetsblog Chicago will resume publication on Friday. Have a great New Year!

[This piece also ran in Checkerboard City, John’s column in Newcity magazine, which hits the streets on Wednesday evenings] I’ve long thought that the gray, Gothic confines of the University of Chicago were designed as a fortress against the outside world. However, in recent years, the school has made an effort to physically open up […]
Loyola University Chicago recently expanded its Lake Shore campus south into the neighborhood, and took a different approach to connect the new buildings to its main campus across busy Sheridan Road. The university closed to car travel the entire 6300 block of North Kenmore Avenue, between Rosemont Avenue and Sheridan Road, and replaced the avenue […]
Why do some people think Edgewater deserves to have a tranquil, car-free block of Kenmore Avenue running through its local college campus but Lincoln Park doesn’t? Loyola University is moving forward with its plan to build a completely pedestrianized street on the 6300 block of North Kenmore, which is almost totally surrounded by Loyola-owned buildings. […]
The Evanston City Council on Monday approved a proposal to apply for federal funds through the Transportation Alternatives program to pay for a minimum of seven Divvy bike sharing stations (map) in the adjacent suburb. A staff memo to the council [PDF] recommended that Evanston make an agreement with the City of Chicago to collect […]
View Larger Map Looking north on the 6300 block of North Kenmore Avenue prior to the current construction. Last year the Chicago Department of Transportation striped a contraflow bike lane on Albion Avenue in Rogers Park. The idea was to allow northbound cyclists to avoid busy Sheridan Road by riding from the Kenmore Avenue bike […]
A parking lot at 3030 N Broadway in Lakeview, formerly the site of a Dominick’s grocery store, could soon be the home of a new development with a Mariano’s supermarket, an Xport Fitness health club, and four small retail tenants. This stretch of Broadway, designated as a Pedestrian Street by the city, is currently very […]